Where Did I Go?

I had a really great experience of the true meaning of yoga in my class today, probably the most powerful shift of consciousness I’ve encountered in such a setting. My inner gaze was even more focused than usual and that’s saying something, being on the first day of my moon cycle probably lent more power too. I did a women’s sweatlodge once when a lot of the women were close to their moon time and we were on fire it was so hot in there!

I lost all sense of time and the two hours of the class seemed to disappear into the moment of NOW, and NOW……….and NOW.  Towards the end we spent a long time in pigeon pose which opens up the hips, I was really riding the edge of my capacity and it kept me in full presence for every moment as I opened……..and opened. I lay in savasana where you lie on your back with your whole body relaxed and let go, and as I did that I felt a wave of grief and loss move through me. The waves kept coming as I continued to release and release, it was a beautiful space to be in, in that moment I was not holding on to anything, such freedom! 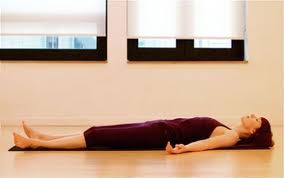 So I thought that was it, that was the shift, but stuff was continuing to move underneath, and I started to feel a bit strange talking to my teacher at the end of the class. I became a bit scattered and felt awkward and as I left I began to realise that the shift was actually still occurring. In the rainforest with my bare feet walking the earth I finally worked it out. Along with the grief and loss there was a layer of deep mistrust of the masculine moving through me, and that feeling was reacting to my male teacher as it moved on through.

You may have already guessed that this has something to do with my father, I will talk more about him at another time but let me say that losing your dad at a young age is always going to be tough for a daughter. Losing him to suicide makes it even more intense and it has been a life long journey for me to work through all the feelings around it, it was 33 years ago and still there are deep feelings coming up for release.

You don’t really get over events like that, you adjust to a different world, and in time you may even be able to see the blessings that came with the trauma, I know that I do……….thanks Dad………I will always love you.