From Bliss To Butterflies.

Last week was huge for me, I had three shifts which I would classify as small, large and earth shattering! There was grief in the letting go, fear of loss, and a deep sense of being utterly unworthy to allow myself to fully experience pleasure without condition. The end result was that I was in a state of utter bliss even though I had only had 8 hours sleep in two days. Once again my life force energy is flowing ever more freely and I embrace the joy of being with all my heart.

So I was thinking a week of integration would probably be a good idea, I slept in yesterday, got up and did my oil pulling, an hour of yoga, and then had my green smoothie.  Just when I think I know what the plan is it all changes, all of a sudden a house sit that didn’t happen is on again at short notice for an indeterminate time. It’s good news really, but then I find myself sitting and writing and the sense of stuff moving in my belly is back, it’s like what some people call butterflies but there isn’t anything to be nervous about.

I love my life, but I do have moments when I wonder about this constant processing, why can’t I have longer periods of clarity before things start getting triggered again! The answer is simple but I don’t have to like it, I just happen to have a lot of trauma, in layer upon layer, and I have an obsessive need to keep clearing it away. Can I really heal everything in this lifetime? There are some who would say that’s a crazy ambition, but even though I might have some complaints about the details at times, I keep moving into deeper states of ecstasy, and I am happy most of the time even when I have uncomfortable stuff moving through.

So I guess I will just have to integrate and process simultaneously, after all I do describe myself as a shamanic practitioner and shamans are the ultimate interdimensional multi-taskers!

Shamans transmit to their people in sign, song, and dance the nature of the cosmic geography that has been revealed to them in the process of initiation trances and soul journeys. Map-makers and myth-dancers, shamans live internally in a multi-dimensional realm continuous with so-called ordinary reality. 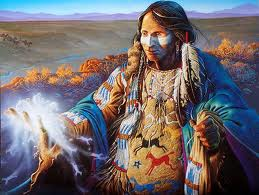