In the most ecstatic experiences of my life I have felt expanded and light and my mind has been quiet, this seems to be common for most people, and if one looks at this in a scientific way it can be said that we are in the right hemisphere of our brains when this occurs. This is certainly the space that I inhabit when I dance, it’s how I’ve tried to live, but even though I’ve resisted the intellectual approach, to my detriment at times, the mind, or the left brain, has still played a dominating role in my life.

It’s the mind that told me I was separate from everything else, and that I was not good enough or sufficiently deserving to have prosperity. The idea of being in your ego when you have low self-esteem seems laughable, but as I continued my journey of understanding myself, I came to the realisation that I was as much in my ego as an arrogant person is. When you move into unity consciousness everything is one, so it isn’t possible for one person to be better or worse than another.

I remember the first time I really got this knowing, I was doing a workshop in 2004 called ‘Dying to Live’ in which we explored the notion of what it would be like if we knew we were going to die at a certain time. We went into this in a very full and shamanic way, it was not an intellectual discussion, it was a lived experience, and it gave me a  very different perspective on my life. Who did I think I was, not to be expressing my gifts into the world, who was I to stop the flow of spirit through my being.

It’s taken me a while to fully take this idea on board, there was still a helluva lot of crap in the way of my light shining out, but in the end I have to say I’ve done ok, particularly if you go by what Krishna Das has to say on the subject.

If you want to know if you’re making progress on the so-called spiritual path, see if you’re kinder to people; see if you’re a little easier on yourself; see if you obsess about your own self and all this stuff in your life a little bit less; see if you’re happier in the day in a simple way, more content; and see if you’re treating people more like you would like to be treated. That means it’s working.

A wise man with a great sense of humour and extremely humble, he is also a master when it comes to chanting the sacred sounds of God, Goddess, All That Is. Check him out in this clip: 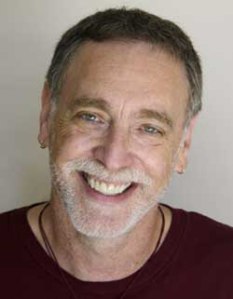