I just watched an inspirational video of Marianne Williamson speaking at a rally against Monsanto on May 25 in Venice, California, she has an incredible gift for hitting the nail on the head when it comes to what is being done to this planet by the dominant culture. She’s focusing on America in particular, and they probably are the worst offenders, but one of the characteristics of what she describes as “the multi-national corporate matrix”, is that in reality they hold no loyalty to any particular country. Acquiring and holding power by any means, and creating profits regardless of whether you are actually providing a good service that is needed by the community. 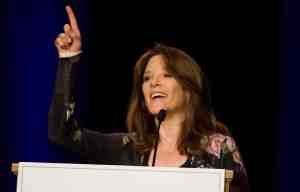 When governments rely on these corporations to obtain the necessary funds to get themselves elected, how can we possibly have democracy? By “the awakening of whole people” who are following a path of non-violence, we have some wonderful examples of the power of this approach, Gandhi is probably the one that springs to mind most readily. Marianne mentions a quote I would love to share with you:

When Lord Mountbatten looked at Gandhi, he said to Mahatma Gandhi, “Little man, do you think we’re going to just give you India?” And Gandhi responded, “Yes.” 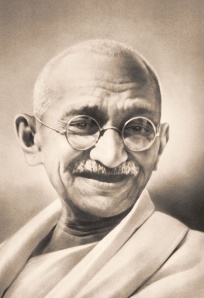 We are so much more powerful than we could possibly imagine, let’s stand up for what we believe in, there are a lot more of us than there are of them.

Author Marianne Williamson makes the point that the problem we face with GMO’s is broader than one industry and one issue.
She speaks about what it will take to regain stewardship of our democracy and to be released from US corporatocracy in this empowering speech made on May 25th 2013, the global March Against Monsanto, in Venice, CA.

If you would like to read a transcript of this speech you will find it at:

2 responses to “The Matrix.”