I was looking for an article on empathy on Facebook that I thought might provide the inspiration for a post, when I found a story which is such a nightmare, and unfortunately its no fairy tale. It isn’t the first time I’ve heard about the cover ups at Fukushima in Japan but I had no idea of the extent of what is going on there. Not long ago I shared a video called “Losing Nemo” in a post of the same name, I wonder if the makers of that were considering incidents like what is happening at Fukushima when they talked about huge dead zones in the sea by 2048.

Apparently radioactive water is leaking into the ocean at an alarming rate, and what’s more it has been doing so for the last two and a half years while the company TEPCO has been in a state of denial. Being in denial as an individual can have severe consequences for that person and even the people closest to them, but at the end of the day it’s their responsibility and their journey. You can’t make them change, just try to detach and let them live their own life. But we are talking here about a company that is responsible for the safety and well being of countless individuals, if there is another explosion, and there might be, we could be talking about the entire Northern Hemisphere being affected. 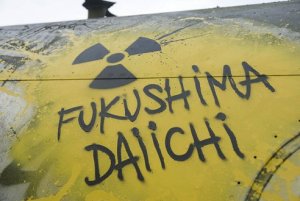 http://www.treehugger.com/energy-disasters/new-leak-radioactive-water-fukushima-nuclear-power-plant.html
This story came out 9 months after the original disaster.

This is the kind of insanity that I seem to encounter whenever I look at how the dominant culture is running the world, truly it does look like we have a bit of a death wish going on here doesn’t it! But maybe this level of insanity is required for the sleepers to wake, I just hope that we do wake up in time. And that we have the sense to utilise the true capacities of the human race, it’s time now if it ever was, for us to become future humans!