The Silence Of The Bees.

There are a lot of scary things going on out in the big, bad, world of agriculture, our food supply is being threatened on many fronts. It’s bad enough that our food is being contaminated by pesticides and GMO crops, the soil losing it’s mineral content, but what if most of that food simply wasn’t there anymore? That’s the frightening possibility that we are facing with the decline of the honey bee, this tiny, humble creature, along with the other pollinating animals such as butterflies, are responsible for the continuance of three-quarters of plant species on the planet. 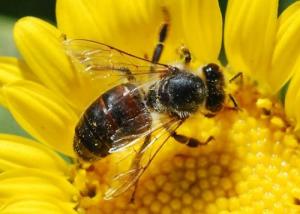 This has been going on for decades all over the world, but in more recent years it has become much worse, in 2006 as many as 80% of the bee population disappeared in only 6 months in America, the same phenomenon occurring all over Europe as well. Scientists eventually found a virus that may have caused Colony Collapse Disorder, where the bees disappear from the hives, but it seems likely that even if that is so, it was simply the straw that broke the camel’s back.

Pesticides are implicated in this story and so is malnutrition which comes about because the bees are being fed on a single crop diet that may weaken their immune system. There is a province in China where the farmers actually pollinate the flowers themselves after the bees were all killed by pesticides, it is a frightening glimpse into the future that we are creating unless we can find a way to do things very differently. Here is a link to an article that seems a bit sensationalist but has good information about pesticides and their effects on the food chain: http://worldtruth.tv/russia-warns-obama-global-war-over-bee-apocalypse-coming-very-soon/

There are a lot of good reasons to do something about this disaster, and much of it is to do with self-interest, seems hard to motivate people to change otherwise. But there is also the fact that we are supposed to be caretakers on this planet, living with and respecting all the other life-forms that we share our environment with. In the documentary “The Silence of the Bees”, they show the worker bees doing a dance called the waggle dance, they are telling the other bees about food sources that they have discovered, giving them directions. This touched me very deeply and brought a smile to me face, bees deserve to be saved just because they are so amazing and beautiful! 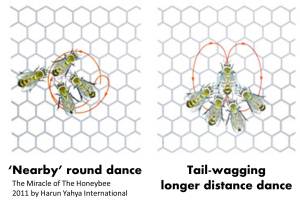 Here is the documentary, “The Silence of the Bees”: http://www.nextworldtv.com/page/24202.html

2 responses to “The Silence Of The Bees.”