The Comforting Sound Of Football.

As I sit here writing this post the Bulldogs and the Eels are locked in furious combat on the playing field, the noise is quite loud so I am not quite sure how it is that I don’t find it particularly distracting. For those not in Oz I am referring to Rugby League Football, the players for the most part are huge and it can be a pretty brutal game. But it is also very skillful if you understand the rules of engagement and Australia has lots of great players, there was a time when I felt bereft at the end of a sporting season, it gave me hours of enjoyment earlier in my life.

So even though I don’t follow any of it anymore, it has an almost comforting feel for me, the sound of a game of football, strange but true. It can never replace being actively involved in your own life but I do think that there is a place for taking the time to appreciate the amazing gifts and talents that such athletes display. I’ve written before about the way in which Ayrton Senna the great Formula One driver was a role model for me and for my brother, being inspired by incredible people can be a wonderful motivating force in life. 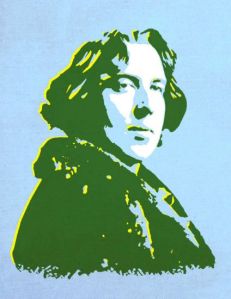 But at the end of the day it is where that inspiration takes you that really matters, at some point we all need to make some kind of meaning out of our lives, even if that meaning is simply to have a good life. Being yourself was a big part of the positive message I used to get from following Senna, “Be yourself, everybody else is taken!” said Oscar Wilde.

I’m doing my best to take my own good advice, and if the sound track is sometimes the roar of the crowd and the sound of the ref’s whistle, then so be it. There’s four minutes to go and it’s become a bit of a slaughter but some nice play from the dominating team so goodnight from me!