The Earth Moved As I Expand Into My Infinite Self!

I know I said I would write a post on dance this week, but there is too much going on that I would like to talk about. Last week I was exploring being triggered and challenging the programming that wanted to catastrophise the possible outcomes. It ended up being fine and now I just need to be ok with uncertainty and to keep doing things that I love and especially loving me. That doesn’t however stop me from being affected by the planets, or so it would seem! We just had a New Moon on the cusp of Aquarius and Pisces, it heralded the beginning of the Chinese New Year. Haven’t had a chance to check out what that is all about but I think it’s the year of the sheep or goat. 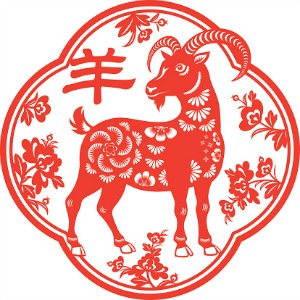 Mystic Mamma said that it meant true fundamental change , and I do know that Pisces is emotional and watery. Where I live we’ve had a cyclone and then a big storm bringing us tons of rain so it seemed very watery indeed, I got all excited tonight when I looked up into the sky and could see stars! It’s been quite a few days since we saw anything but clouds and I am in the hills so we got mist too. Very Mists of Avalon!

So there was the rain and that seemed a bit epic even though the cyclone kept being downgraded. But the real dramatic conclusion to the weekend came as my Beloved and I drove down the long steep driveway that leads down to our dance venue. It’s called Worldview and has views to the coast, it truly does feel as if you can see the world from that place. So here we are going down the driveway when my Beloved stops the car about a third of the way down. It took both of us a moment or two to process what was in front of us, the huge presence of earth and busted trees. All of a sudden our forward momentum was completely halted and it was very clear that we were not going to be running a dance that night after all.

Not our earthslide but you get the idea! Much greener in my part of the world.

The interesting thing is that on some  level I wasn’t entirely surprised, our theme was “Songs for the Earth” and here we were faced literally with the element of Earth. Seems that the Mother didn’t want us to do our dance last Sunday, we did a journey ourselves instead and I received a big vision about taking our dance out into the wider community. Doesn’t mean we won’t keep dancing close to home but it is something we really enjoy and would like to share with as many people as possible. There is a part of me that is a bit confronted by this notion but I am determined to explore the possibilities that spring up in the wake of this vision. Or at least take the first exploratory step in the direction of this vision, if I focus on the steps one at a time I won’t get overwhelmed and the part of me that is a bit scared will cope much better.

There is massive change moving deeply within me and if I manage it well it may well bring some very positive shifts and changes into the life that my Beloved and I are creating together. So plan one step at a time, love myself and what I do, and remember to laugh as much as possible, a recipe for a happy and fulfilling life!

May all of you out there be happy and well, love and blissings to you all!

2 responses to “The Earth Moved As I Expand Into My Infinite Self!”