As I drive down an unknown street in the darkness just before dawn, there is a sense of uncertainty and adventure even through my deep weariness. Then before me a huge shape rises up like the finger of a giant pointing to the sky, outlined against the barely dawning sky.  Suddenly I am full of a fear that takes hold of me and shakes me down to my primordial roots. Even though I know perfectly well that it is one of the Glasshouse Mountains it seems like a monstrous creature looming over me and threatening me with I know not what…………….

Ah that was a moment to remember, but I should probably put it in context for you as this was the final part of an eventful early morning a little while ago. I was driving home after 4am after finishing my shift on the crisis lines when I passed a figure walking along the road. I didn’t really get to see the person very well but as a woman driving home in the wee hours on my own I wasn’t about to pick up a hitch hiker anyway. Shortly after I stopped for petrol at the service station and when I came out there was a boy asking me for a lift, the figure I had seen just before. There was a moment of indecision and then my intuition told me that it was safe and that it was important to help this boy. 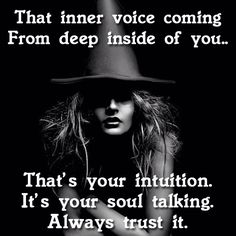 So I said yes and moved my stuff from the passenger seat to the back of the car so he could join me. As we talked I began to realise that he was a young man who was very slight and so looked like a boy but there was still no sense of fear about being in my car with an unknown man. He told me his story and it was eerily like I was still on the phones only this time I was involved face to face. He had been thrown out of his girlfriend’s place by her father and was walking a long, long path home to the township of the Glasshouse Mountains. That is beyond where I usually turn off the main road but the more I spoke to this young man the more I felt it was imperative that I drive him all the way home. He was very respectful and didn’t expect me to do that for him, which made me all the more keen to get him home safely.

After dropping him at his house he gave me directions to an alternative way of going back that would deliver me to familiar roads and cut out the extra travel time that I had taken. Which brings me to where I started with that ancestral terror zinging through my body in the most surreal moment you could imagine. I took a deep breath and continued on my strange journey until I found my usual path that takes me up to my home in the forest. And even through my exhaustion I felt that warm glow that comes with having helped another human being in trouble.