A dream within a dream………within a dream……that is within yet another dream……interesting concept, I’ve done it in meditation, its fun to see how far you can go back, the watcher watching the watcher and so on. The film Inception does a nice job of playing with realities as a team go into the subconscious realm of somebody’s mind. They plan to go down into three layers  of dream, in the end it is even deeper than they had planned, four realities operating simultaneously all heading for a collision point, the shock providing the kick back into current time reality. 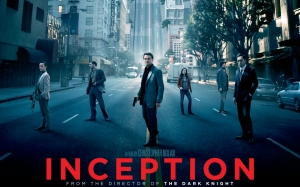 Inception: A film by Christopher Nolan, with Leonardo di Caprio.

So all the people in these worlds are projections of the mind of the person we are inside, some would say that is true of the current moment humanity finds itself in. If everyone around you is a projection of you what is that telling you about yourself, doesn’t mean taking on other people’s stuff however, or stealing energy. It’s an idea, and this film really examines the power of an idea, the seed of a thought and how it can grow, shows the manifestation process in some ways, in the guise of an action film. Not normally my cup of tea so much but the costumes and cinematography are extremely well done, the acting of a very high standard, and the idea of four realities operating simultaneously keeps it interesting. 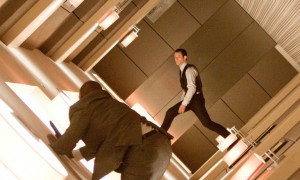 If you ever want to experiment with meditation then try stepping back from the deep space you have come to and begin to watch yourself do this. As you get more practice you may be able to step back again, and again, and so on……..it can be a lot of fun. And you will find that it does actually take you even deeper, it brings in the visual more strongly for me, and that helps the drop into deeper layers of reality.

Watch Inception for a nice bending of the mind, not that hard to keep it all hanging together but fun to contemplate for the space of a couple of hours.