Colourful Altars Along The Spiritual Path.

I sit here surrounded by a beautiful chaos, there is order and where it is not so you will find a view of gorgeous fabrics. A purple and silver sari draped over various massage related bits and pieces, above it a much darker purple belly dance scarf with two rows of silver coins. My Beloved’s paintings are now around us, just a few examples, full of vibrant colour and abstract shapes and forms. They seem very much like the expression of energies moving and much of his inspiration for the work has come through inner journeying.

There are three permanent altars in the space and probably would be even if we didn’t sometimes see clients here. Personal ritual can be a very powerful process, making an altar can be such fun! It can also be used as a focusing tool, by that I mean a ceremony that you bring intention to. And it has the capacity to shift your vibration into greater health, taking you from tired and grumpy to calm and inspired. Whatever shift you desire can be greatly assisted by the right kind of routine, and by that I mean the one that works for you. As we often used to say when I was studying counselling, you are the expert in your own life. 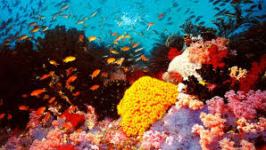 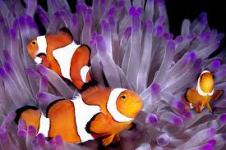 Might also be useful to tune into the colours around you and see if you can get a sense of how it feels to look at something red, or blue or green or yellow. And all of the other shades that are possible in a myriad of forms, nature abounds with huge variety and amongst man-made things in the world there are some very beautiful things one can have around the place. I have had the experience of walking beneath a sky that was a certain shade of deep blue and actually feeling the energy from that colour pouring into me. It felt great and even though I can’t tell you in words exactly what I was getting from it, I knew that it was just what I needed at the time because it felt so very right!

So remember to try to have a little fun in your life even when it gets a bit challenging, probably especially then as a matter of fact. For me having a spiritual path is what helps me navigate whatever waters I am sailing through.  And things like making altars and playing with colours are part of a vast array of practices that can not only support your personal growth, but also help to keep your inner child happy and well.

Yay! The rich feast which is LIFE!

Pleasure And Growth Through Relaxation.

The air rests on my skin with a warm and cosy touch even as ghosts of the breath of the wind slip through the partly open window. There is a haze about the day that speaks of summer even though spring is still the season that cradles us, perhaps she is canoodling with summer and inviting him to come in early. ‘Twas the case with last year’s season and the spring and summer must have made an intense heat indeed for the rainy goddess took her tears somewhere else that year.

A day to let thought run with the faeries and to be light and joyful without too much fanfare as I prepare to step into a new perspective of my familiar place of work. To know not only my part of the story but to sit at the centre and chart the journeys of the souls within my charge for a time, to hold space and to protect. Too much thought and I will become weighed down with the weight of the world and of my own expectation, based on all the things I might ‘think’ will happen. How much more graceful to relax into my day and to trust that my experience and knowledge married with my knowing gut will steer the course for me, moment by moment. 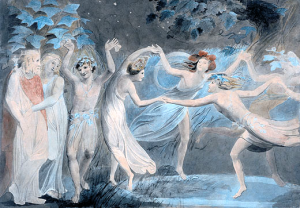 Relaxation is the key to having a much more meaningful and happy existence, it will improve your experience no matter what you are going through. I’ve spent a lot of time over the years doing a variety of personal growth activities and learning how to relax was always an important aspect of pretty much the whole shebang. It may not seem glamorous but time spent in this fashion could be the best investment you ever make, after all your eternal soul is probably going to outlast the stock market. And if you learn to relax you will expand your capacity for pleasure, in everything! Now that’s worth putting some time into, I want what she’s having!!

I’m beginning to really enjoy my little contractions and expansions, not always so little of course but I seem to be cruising through beautiful tropical waters at the moment, where the storms that sometimes blow up don’t last very long at all. That’s the thing about persisting with your healing and personal growth, you do begin to reach levels where stuff comes up, and you deal with it relatively quickly. You often don’t even need to go into any story associated with the feelings, just allow them to fully express and move on out.

One of the things I used to complain about was that no matter how big the release, the period of calm and peace that came afterwards never seemed to last very long. I wouldn’t even get as much as a day of clarity sometimes before something else would be triggered, so you end up spending a hell of a lot of time being ‘in your stuff’, with these little islands of peace bobbing up here and there. It really is worth it, at least it has been for me, I hardly recognise myself from two years ago much less five or ten, and ask anyone who has known me for a long time and they will tell you this represents huge improvements!

After a magical weekend at The Maleny Music Weekend I am feeling one of those contractions, it’s an uneasy feeling in my belly that has no particular cause. I was on a high all weekend, singing with my choir, listening and dancing to wonderful music, connecting with lots of yummy people, having a great time at my regular sunday market. It was a big expansion and so now I move through the contraction which is pretty minor, it certainly isn’t a storm, maybe a mist on the horizon that will be cleared by the sunlight of my afternoon out in the world.

To sunlight and love, to good music and good friends!

Here is a short video of one of the bands that played on the weekend, Gypsy Loco: http://www.youtube.com/watch?v=yMeVwq54ljc

Neil Murray also played and this song brought tears to my eyes, it’s about Australia: http://www.youtube.com/watch?v=O1YIQtuTx7I